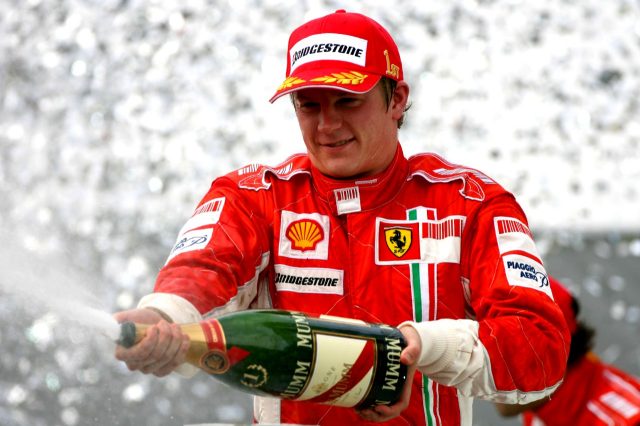 Kimi-Matias Räikkönen, born on the 17th of October 1979 in Espoo (Finland), and nicknamed « The ice man » by the journalists, is a finnish racing driver driving for the team Ferrari.

After nine seasons racing in Formula 1 (during which he was the 2007 World Champion for his first Ferrari stint), he competed in the World Rally Championship in 2010 and 2011. In 2012, he returned to Formula One, driving for the team Lotus and continued to drive for Lotus in 2013. But in 2014, Kimi joined his team, Ferrari. 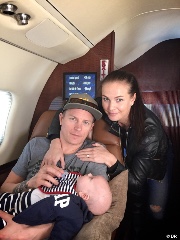 Regarding his personal life, Kimi has an older brother, named Rami Räikkönen, who is a rally driver and a national junior-class champion. Rami also competes in the Finnish Formula 3 Championship.

Räikkönen met Finnish model and former Miss Scandinavia 2001, named Jenni Dahlman in 2002. The couple married on the 31st of July 2004, living between Switzerland and Finland. They separated in February 2013, and divorced in 2014. After his first wife, Kimi met Minttu Virtanen, a top model. The couple have a baby called Robin, who was borned on the 27th of January 2015.

Räikkönen's hobbies include snowboarding and ice hockey. During his spare time he can often be seen watching his hometown ice hockey team Espoo Blues play.

More to come on our social netwroks....