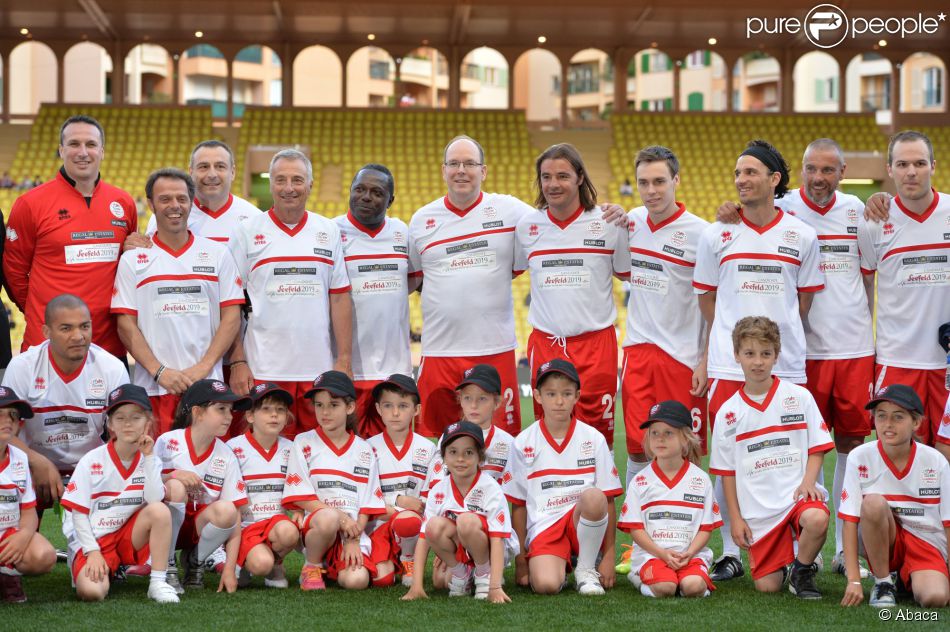 A.S. STAR TEAM FOR CHILDREN was created in 1993 by H.S.H. Prince Albert II of Monaco and Mauro SERRA.

This year, the 23rd edition will take place on May the 19th at the « Stade Louis II » of Monaco.

The idea to create this team is to mix the best pilots of the Formula 1 World with the most famous celebrities, like soccer players, tennismen, singers, motorcycle racers …playing in the team of the Prince (the "STAR TEAM"). Everybody is here to help children !

The aim of the evening is to collect funds for Monaco Charity Associations which help disadvantaged children to travel the world. In 1999, the STAR TEAM was recognized by the Government of Monaco as an official sport association helping children in the world.

To this day, A.S. STAR TEAM FOR THE CHILDREN MC has held more than 50 sports and society events, but its aims are much more ambitious with the support of its members and of all those who believe in their initiative.

Last year, the match finished by the victory 3-2 of the players of the STAR TEAM and the profits were 16 800 €. Since its creation, the STAR TEAM has collected 3 million euros !!! It’s a huge benefit for children around the world.

Today there are 197 celebrities, all sportsmen who shine internationally, among which approximately 100 Olympic champions and 50 world champions.